Maun is located int North-West district and was formed in 2001 by combining the Chobe and the Ngamiland districts.Maun is the largest settlement and there many villages in the district. 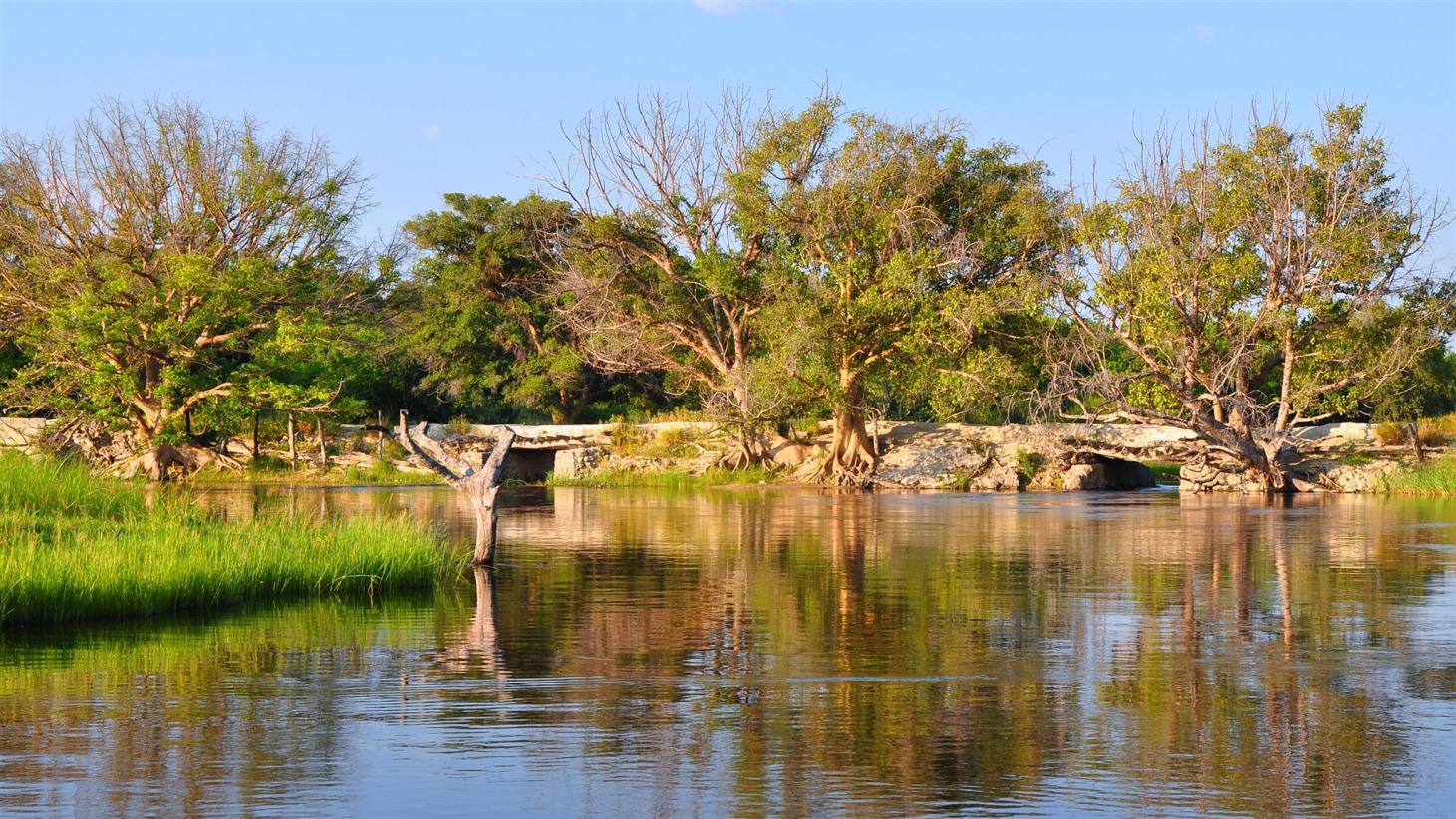 Where else on the planet can you float between reeded channels in a dugout canoe while gazing at antelopes and buffaloes splashing through crystal clear water? Maun is without a doubt Botswana’s tourism centre with vast stretches of untouched and unfenced wilderness. Maun would be incomplete without the Thamalakane River as the surrounding region is predominantly home to rich wetlands, streams, and rivers which have incredible birdlife, and hippos, and crocs. On land, the wildlife includes zebra, giraffe, rhino, lion, leopard and many more wild animals. Maun Environmental Education Centre teaches the children about wildlife and the bush.

Maun was a hard-living town and the community served the cattle and hunting farmers and the tourism changed the town, it is now home to around 55,000 people. Amongst the native Setswana and English languages spoken in Maun, most locals who are non-Tswana speak Sekalanga. However, Sekwena, Sengwaketse, Sengwato, Serolong, Setlharo, Setawana, Setlokwa, Sekgatla, and Selete are the most prominent Setswana dialects.

Maun was founded in 1915 and was the capital for the Tawana people, who helped the local cattle farmers and hunting operations.  Tourist visits has increased and given the country economic growth, both local businesses, tours and safaris and lodges have developed. Aviation is a part of the history of Maun, some say the earliest record of flights was 1925.  That is only 10 years after founded date! Maun Airport is without a doubt the most notable development which connects the village to the rest of the world. The airport is about a one and half hour’s flight from Gaborone and two hours from Johannesburg, its airlink services areas such as Windhoek, Cape Town and Victoria falls.

A community run museum which preservers Maun’s history with arts and culture such as wood works, painting and sculptures, traditional ritual or dance clothing and music instruments and includes most of the history of the Ngamiland district. A tour at the Boro-bonche Ostrich Farm would include learning about the ostriches and explain ostrich farming (this is a massive trade in Maun).

With temperatures ranging from 9°c to 35°C, the best times of year to visit Maun for outdoor activities such as lunch on the lagoon or a boat cruise are from mid-April to early May and from late August to late October. Just bear in mind that the summers are short, hot, and partly cloudy. On the other hand, the winters are short, cool, and clear. An activity that comes in highly recommended is Horseback Safari. Perfect both for first-timers riders and seasoned riders. It is an experience that will allow you to connect with the “wild” uniquely. The latest addition to the many horseback safaris in Maun is the Okavango Delta Ride. Last but not least another breathtaking activity in Maun is enjoying the scenic and photographic landscape from a helicopter ride.

In addition to the growing safari landscape, Maun is also renowned for its tourism. Furthermore, there is the cosmopolitan appeal of luxurious lodges and resorts such as the relatively affordable four-star-rated Thamalakane River Lodge. The Lodge is located an easy 20-minute drive from Maun Airport en route to the famous Moremi Game Reserve. The Mopiri Camp is another major attraction. These establishments are fitted with Wi-Fi and DSTV connections. Most travelers consider Maun to be a wonderful holiday destination since they are enticed by the warm, tropical climate that makes both summer and winter enjoyable for anyone.