Gaborone was established in 1890 and is the capital city of the developing and economically thriving country, Botswana. Gaborone, is located in between the lush hills of Kgale and Oodi on the Notswane River and was named after a leader of the Batlokwa people, Kgosi Gaborone.

Gaborone is known for the Botswana Stock Exchange and is a very wealthy city in Botswana despite the world's outlook on Africa.  The current market cap is BWP 391.7 billion.

The population of Botswana is 2.3 million, but in Gaborone, there are currently around 208 411.  It is estimated that the of people in Botswana will be increasing by 130 persons daily during 2021.

You can find a piece of Botswana's history in the Central Business District of Gaborone.  One of the top tourist destinations is called The Three Dikgosi Monument.  They are the three bronze sculptured statues of men – chiefs named Khama III of the Bangwato, Sebele I of the Bakwena, and Bathoen I of the Bangwaketse.

The three chiefs travelled to Great Britain in 1895 to ask Joseph Chamberlain, Secretary of State for the Colonies, and Queen Victoria to separate the Bechuanaland Protectorate from Cecil Rhodes's British South Africa Company and Southern Rhodesia (present-day Zimbabwe). Permission was granted!!

These three men helped the country's independence into what it is today. These statues of the three chiefs Khama III, Sebele I, and Bathoen I, were erected and commemorated in 2005 to remember their role in Botswana's history. 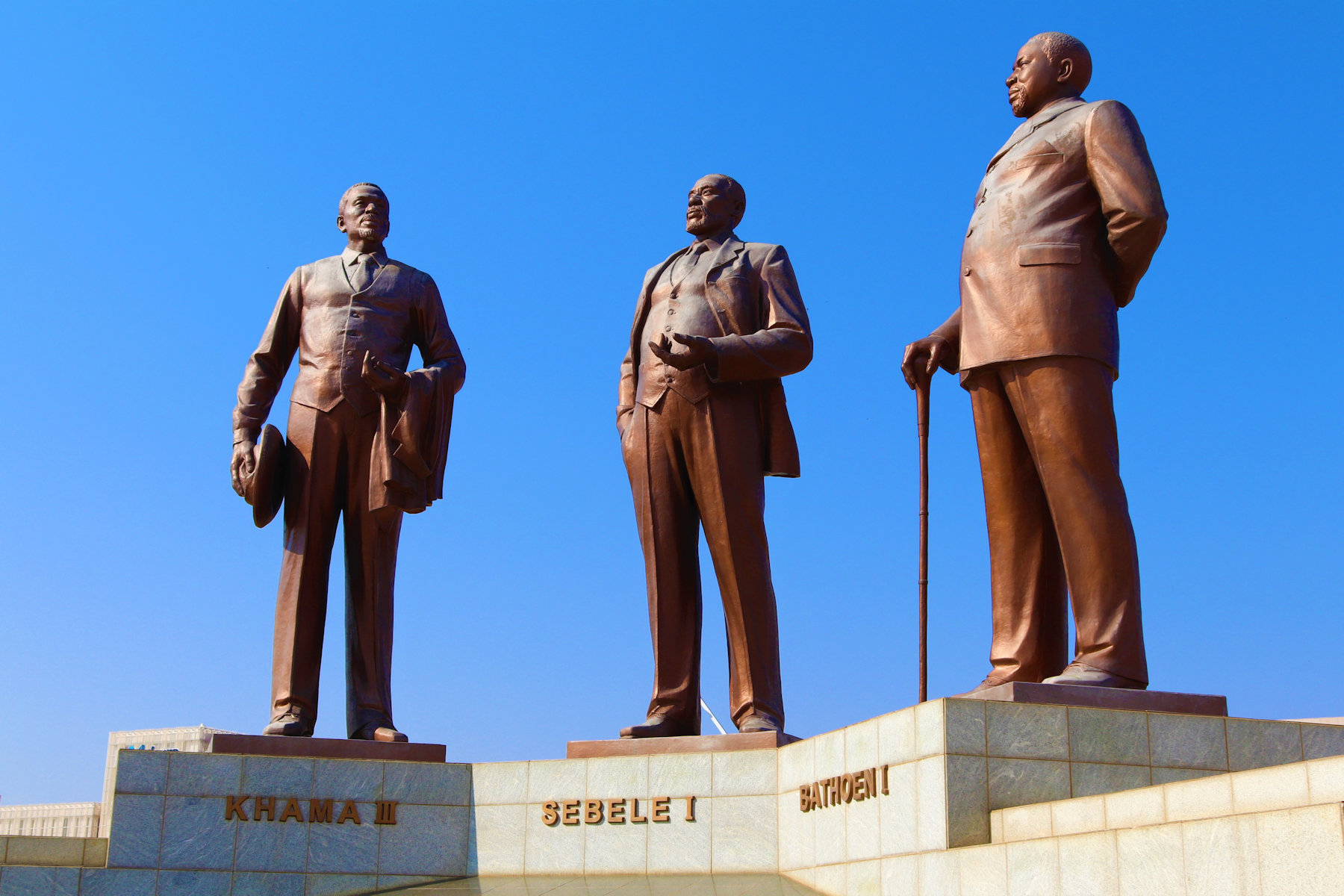 A must-see point of interest we highly recommend is any of the nature reserves there are to see.  For example, Gaborone Game Reserve, Mogonye Gorge, Madikwe Game Reserve, Khutse Game Reserve, and the one we featured is Mokolodi Nature Reserve.

Mokolodi is a four-star reserve that offers luxury accommodation and functions and champagne brunch, bush braais, rhino tracking, giraffe tracking, and much more! My Universal Address recommends Mokolodi's Nature Reserve as a point of interest for one extraordinary reason, their conservation commitments and programs.  The vast planes of Mokolodi are a must-see for us because of being their incredible conservation programs helping rhinos, leopards, lizards, birdlife, and more.

One of the top things to do in Gaborone is hiking on Kgale Hill.  Botswana is thinly populated, and therefore with fewer people, there are fewer paths; some hikes, in particular to the top of hills, involve walking through the bush without a track. The bush is harsh, with many acacia thorn trees and other prickly scrubs.

Gaborone has a range of places to stay and accommodation such as lodges, hotels, and bed and breakfasts. While the backpackers or lodges are the most popular, if you are close to the city and search for a decent hotel, we recommend the featured hotel for Gabs – The Hilton Hotel.